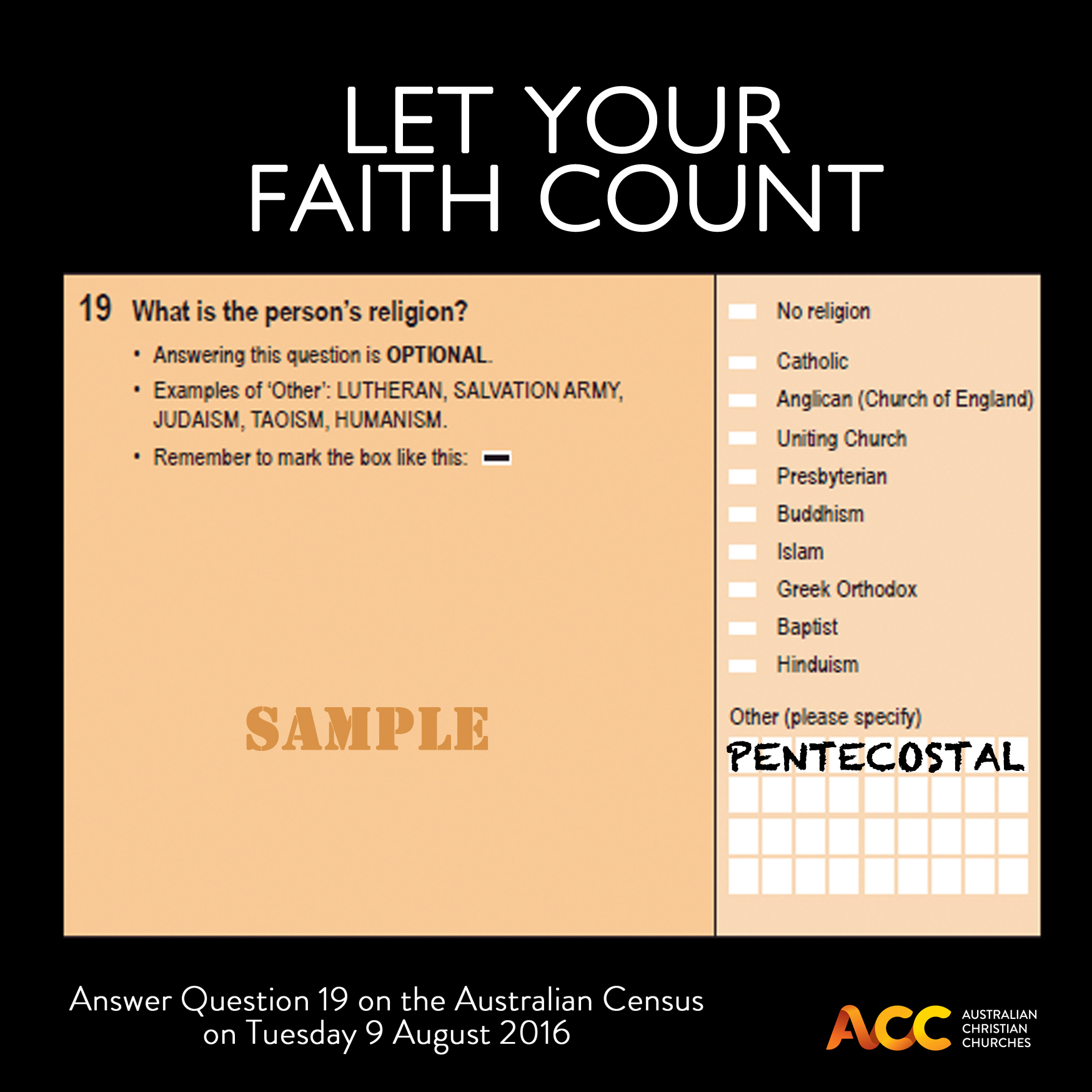 Make sure your faith counts in the Australian Household Census on Tuesday 9 August 2016. This is the message from the ACC, who is encouraging people to record their answer for the question on religion.

The Census collects data provides a statistical survey of Australian life which is important for shaping the future of the nation, as the data is used to make decisions on policy, distribution of government funds and planning for services in your community.

A question on religion has been included in the Census for over 100 years and this reflects the influence of Christianity in our nation. We are part of something bigger than ourselves and what is important is that everyone’s answer to Question 19 makes a difference.

For those unsure how to answer Question 19, these points are important:

1. ANSWER Question 19.
The Census states the question on Religion is optional, but please be counted for your faith and answer the question. To abstain from answering won’t help strengthen the Christian voice in our nation.

2. Answer the ‘OTHER’ box.
You will note that there is no specific box for those who attend an ACC church so write in the name of their affiliated denomination.

3. Write ‘PENTECOSTAL’ or ‘AUSTRALIAN CHRISTIAN CHURCHES.
Both these responses are ABS coded and will be totalled as representation for the Pentecostal Church.

Together, let’s make a collective effort to be counted and recognised as a strong influence in our nation.